A sermon offered by The Reverend Ann Edwards 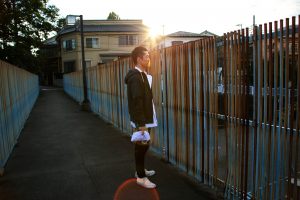 But it’s easy to place God in today’s psalm, and in our reading from 2nd Samuel today. God is easy to spot in the good, in the resolved, in the victorious, in the safe: God is tangible – God is there. God is welcomed and invited and celebrated. But interestingly, there is a very challenging part of 2nd Samuel that is omitted in the lectionary reading – that’s a teaser for next time you read Samuel. Similarly, our Gospel reading today should have us asking – where is God in this?

We follow on from our Gospel last week, when Jesus sent out the Twelve from village to village, with nothing but a tunic, staff and sandals, to call people to repent. Momentum is gaining.

Word gets around and people wondered whether this Jesus was Elijah returned, or a prophet like old. But when Herod hears of Jesus, fear grips him as he is reminded of another holy prophet, John the Baptist, and Mark diverts to give us the shocking back story. The beheading of John the Baptist is amongst the most brutal tales in Scripture and leaves us wondering “why?”.

Herod of Antipas is historically not that interesting. He succeeded the far more interesting Herod the Great – a leader respected by Rome, a client king, who was brutal but successful politically, as well as religiously. But while Mark also describes Herod of Antipas as a King, unlike his Father, he was in fact a tetrarch, a governor of a quarter of a province. Unlike Herod the Great, he would only become a minor character in political history.

So, what was Mark playing at here, calling this Herod “king”? When quirks appear in scripture, that is always a cue to dig a little deeper. The scene is being set, and there’s a delicious, ironic undertone to the honorific – this is a leader who wants to be more powerful than they are.

Mark goes on to use another very specific technique from Graeco-Roman literature – Herod is presented by Mark as a tyrant. Tyrants were a trope in literature – think of a trope as like seeing a person with a cowboy hat on a horse ride across a screen: we know there will be a shoot up, they’ll save the day, and head off into the sunset in the end. The tyrant trope Mark employed had four consistent characteristics:

Presenting Herod as a tyrant orientated the listeners quickly. Here is the “tyrant” – settle in and get ready for manipulation, excess, scheming, power plays, and violence.

Our gospel reading begins with Herod’s terror that this Jesus he hears about is the righteous prophet he had executed. Herod had held John as prisoner – despite his wife’s wish to have that meddling man executed – because he both feared John and liked to hear John talk. But as much as Herod recognised John as righteous, he made no effort to heed the prophet’s call to repent and return to God. Herod’s inconsistency and paranoia is contrasted with a wise and good “philosopher” type character in John the Baptist, and like the entry of the cowboy, you can imagine Mark’s listeners begin to prick their ears for the next clue.

Tyrants in literature were often matched by their romantic interests, who themselves were a trope of a manipulative lover or family member. Herodias certainly fits that bill. She is introduced as holding a grudge against John, for his condemnation of her marriage to Herod. That’s a rabbit hole you can happily spend hours investigating, but it seems that she was divorced from Herod’s brother, and therefore, not able to marry Herod legally according to Jewish law. Morally, there were probably all sorts of things going on as well, as was common in the most powerful echelons at the time. Practically, Herodias had power and wealth to lose if forced to divorce. Historically, she certainly was devoted to Herod, and other historical sources confirm that she followed him voluntarily into his eventual exile.

The excess of this tyrant’s life and behaviour is made abundantly clear – Herod hosts a generous dinner party for the military and officials that had secured his success. His stepdaughter dances beautifully. All was comfortable, pleasing, and luxurious – it was a display of wealth in stark contrast to the disciples’ journey in tunic and sandals, or John’s life of locusts, honey, and camel hair clothing. And in the context of this extravagant hospitality, in an act of bravado, Herod rashly promises half a kingdom that as a tetrarch, he doesn’t actually possess.

When Tyrants in Graeco-Roman literature lavishly displayed excess, it was often paired with excessive gore. In texts of the same time, the emperor Caligula was known for sumptuous lunches with accompanying execution entertainment. In Greek mythology, King of Olympia, Thyestes, unwittingly ate his son at a banquet prepared by his brother. In this case, Herod’s rashness leads him to order the execution of the person he feared and protected. Few things could be more gruesome to humans than the idea of a magnificent dinner interrupted by the appearance of a decapitated head on a serving platter. We know we are in the midst of something very, very disturbing.

Enter the bodyguard character, in the soldier of the guard, standing so nearby that he was able to be immediately sent to complete the deed. Bodyguards were treated with great suspicion at that time. To quote Aristotle – “a man who asks for a bodyguard is scheming to making himself a despot”.

Mark is a short, sharp Gospel that is compelling reading, and the author uses these literary devices to immediately orientate his audience. The execution of John the Baptist is recounted in other historical documents, but not with the detail of Herod and Herodias. Mark has a message for his readers and listeners, and because Mark employed a familiar framework, his original audience were likely to see far more to this story than we would at a first reading today. Can you imagine how gripping this story was? Mark’s audiences knew to be immediately suspicious of Herod, and to contrast the behaviour of the tyrant against the good prophet. Mark uses this contrast to excellent effect.

John was not afraid to name the sins of the powerful, and the leadership of Rome, the Jews, and the priesthood were not immune. Mark describes a banquet that at first sounds exquisite, but then shows the rot and decay in that powerbase, in the gruesome appearance of the prophet’s head on a serving platter that destroys the elegance and beauty of the event. In that appearance, God’s prophet gave his last, and most lasting, call for repentance right in the heart of military and political power.

But where is God?

This story is a peculiar interlude in the Gospel, because Jesus does not feature at all. Mark plunges us into the depths of injustice and violence, and God is noticeably absent. The prophet has been silenced. There is no miraculous healing. No rescue. No rebuke. No lesson. Just the absence of God and the flourishing of cruelty and scheming. What is Mark telling us? The answer, as is frequently the case in Mark, may well lie in the context.

Preceding this shocking story, we read that Jesus had just raised Jairus’s daughter, and healed the haemorrhaging woman on the way. Jesus then commissions the twelve to go out and continue the work, and it is this commissioning that is interrupted. From previous weeks, we know Mark uses interruption, intercalation, for effect.

As is Mark’s way, this gruesome story with no sign of God, is nested within a short narrative that describes Jesus first sending out the Twelve on an independent and fruitful mission. Last week’s Gospel finished –

He called the twelve and began to send them out two by two, and gave them authority over the unclean spirits. He ordered them to take nothing for their journey except a staff; no bread, no bag, no money in their belts; but to wear sandals and not to put on two tunics.

And immediately after this Gospel, had we continued, we would have read

The apostles gathered around Jesus, and told him all that they had done and taught. He said to them, “Come away to a deserted place all by yourselves and rest a while.” For many were coming and going, and they had no leisure even to eat.

So powerful was God’s presence in the disciples’ ministry, that they were inundated, and did not have time even to stop and grab a bite to eat. This unruly band of flawed friends continued the compelling work of God, in the authority of Jesus.

The political and military power of the world, the machinations of the lawless, and not even the death of God’s own prophet could stop God’s prophetic word. John had baptised Jesus, who discipled the Twelve, who now went out and proclaimed the call to God’s people. And that call was desperately needed, because the religious and political leadership was rotten to its core. God was on the move.

God is still reaching out, through those that have encountered Christ, to bring all God’s people into God’s kingdom. God may not be seen, but is at work in the dark, and gruesome, and hopeless. The silent and violated prophet can still cry out, even in the place where we can’t see Jesus anywhere. In that mess, in that place where truth was rejected, the violence to God’s own prophet shocks and disrupts. Even in death, John the Baptist spoke one last call to return to God.

And away from the palatial surrounds, the scheming, the power hungry, God quietly started knocking on humble doors. With flawed and faithful disciples, God knocked on doors and gates, and when they opened, entered, and stayed. In fusing these stories, Mark tells us that when the darkest of evils prevail, good is still working, hope is still forming, God is always coming and will not be kept from those that will open their doors.

Good is always working, hope is still forming, God is always coming, and will not be kept from those that will open their doors.

Lift up your heads, O you gates,

and be lifted up, you everlasting doors:

and the King of glory shall come in.

Who is the King of glory?:

the Lord of hosts, he is the King of glory.

In the name of Christ. Amen